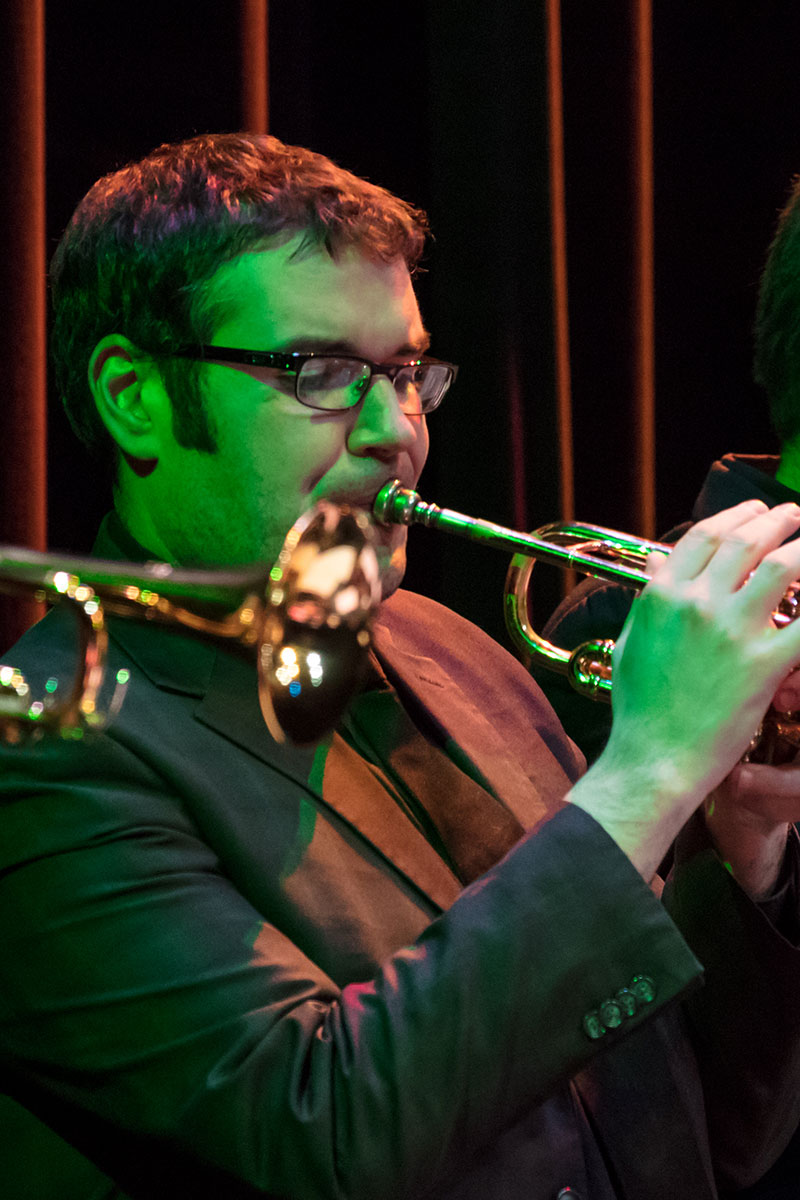 Nick Marchione was born and raised in the rich music town of Philadelphia. His father, Tony Marchione was a renowned teacher and trumpet player who coached greats like Randy Brecker and Lee Morgan. His father may have taught him how to play, but he certainly didn’t let him off easy. Marchione wasn’t allowed to touch the trumpet until he could solfegge in every clef.

In 1999, Marchione moved to NYC to attend Mannes College of Music where he studied with Vince Penzarella. At age 20, Marchione took a job as the trumpet player for a Broadway show called “The Producers”, which broke a record winning the most Tony Awards for a single show. He has gone on to play in many, many Broadway shows since, including Disney’s “The Little Mermaid”, “Memphis”, “How to Succeed in Business Without Really Trying” (starring Daniel Radcliffe) and “Porgy and Bess”. Currently, he is working on “Bandstand” which will open April 24.

Playing on Broadway is just one of many genres to which Marchione has lent his trumpet expertise. He has also played with many pop and rock groups, most notably, touring with the famous Blood Sweat and Tears from 2002–2006 and with Prince from 2012–2016.

Marchione is perhaps best known for his work as a jazz lead trumpet player. In 2001 he joined the Carnegie Hall Jazz band under the direction of John Faddis. After subbing with the Vanguard Jazz Orchestra since 2000, Marchione was awarded the lead trumpet position in the group in 2005. He also was a founding member and lead trumpet player of the Birdland Big Band.