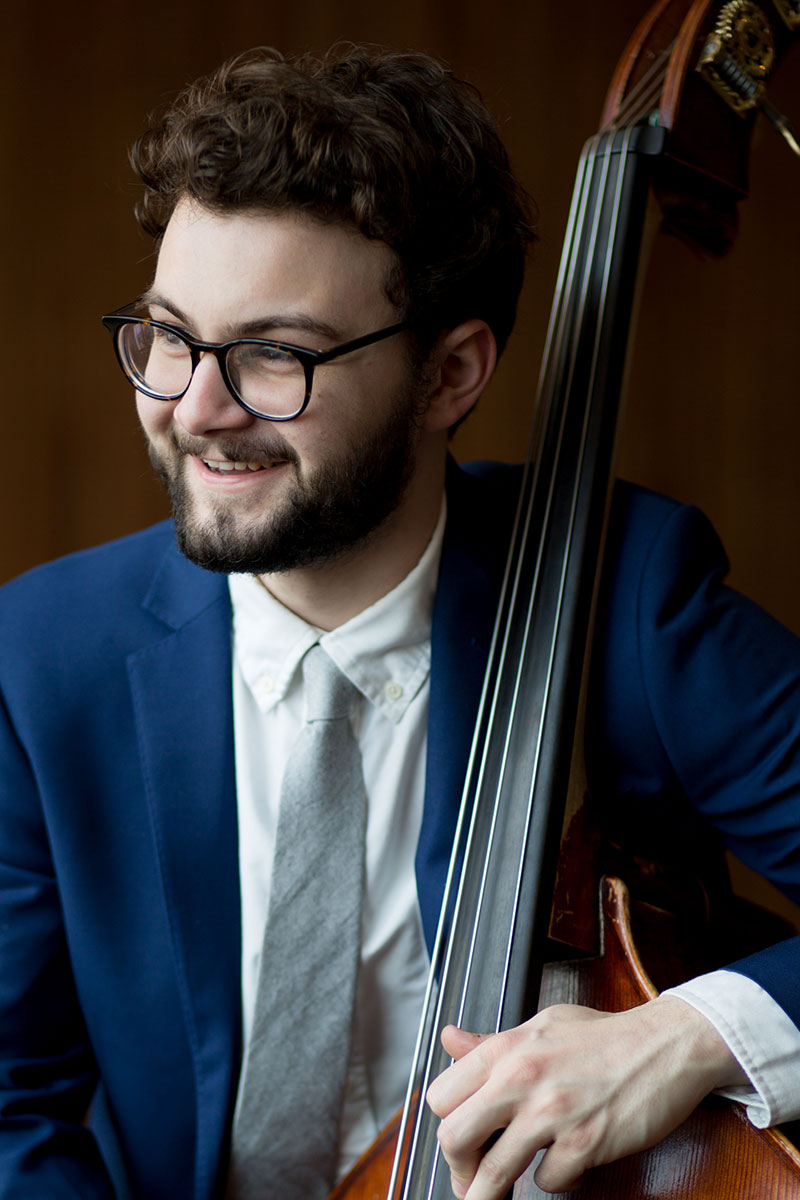 Nathan Pence is a 22-year-old bassist from St. Louis who currently resides in Philadelphia. He spent his formative years studying through the Jazz St. Louis program, where he was fortunate to work with jazz greats Willie Akins and Montez Coleman, as well as artists such Sean Jones and Matt Wilson during their residencies there. Jazz St. Louis also connected him with Terell Stafford, one of the leading trumpet players on the scene today and the head of Temple University’s jazz program. This lead him to pursue his studies further at Temple, which he currently attends on scholarship. During his time at Temple, Nathan has been able to study under a host of jazz greats, including David Wong, Tim Warfield, and Terell Stafford.

Nathan has performed with some of today’s leading musicians, including Terell Stafford, Rodney Green, Peter Martin, Bobby Watson, Russell Gunn, Bruce Barth, Tim Warfield, Brian Owens and Bobby Shew. He additionally has played at clubs around the world, such as The Apollo Theatre Café, The Blue Note – Tokyo, Jazz at the Bistro (St. Louis) and Smalls Jazz Club.