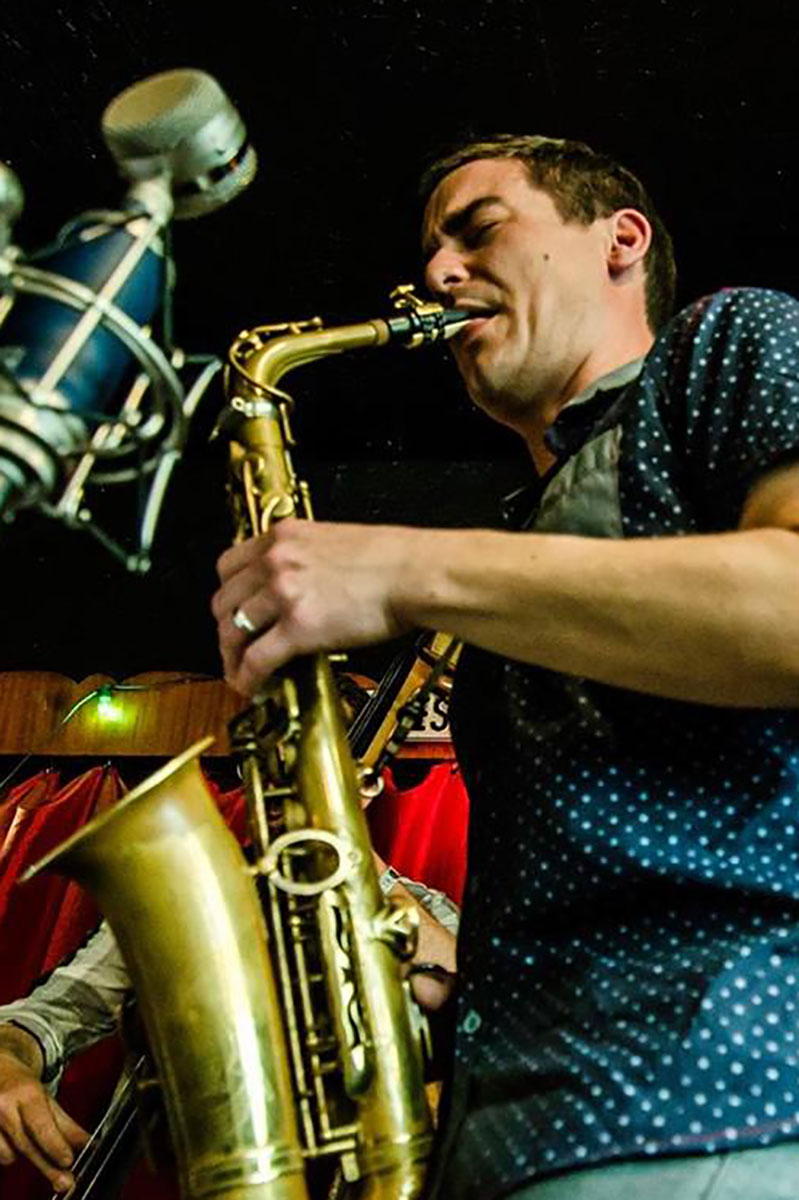 Award-winning saxophonist Mike Cemprola is an in-demand member of the Philadelphia music scene. Since moving to Philly in 2002, he has performed/recorded with The Mike Cemprola Quartet, Norman David and the Eleventet, the Jazz Orchestra of Philadelphia, the Fresh-Cut Orchestra, the co-led quartet Gunshow, and a host of other creative ensembles in the area. Most recently, Mike became the jazz alto saxophonist for the United States Air Force’s Airmen of Note. In addition to being a member of these groups, he has performed with the Pennsylvania Ballet, the Vanguard Jazz Orchestra, Christian McBride, Branford Marsalis, Kenny Barron, Larry McKenna, and many other jazz icons.

Mike attended the University of the Arts from 2002-2007, earning a BM and MM in music, and was on the faculty from 2007-2016, teaching lessons, classes, and coaching performing ensembles.