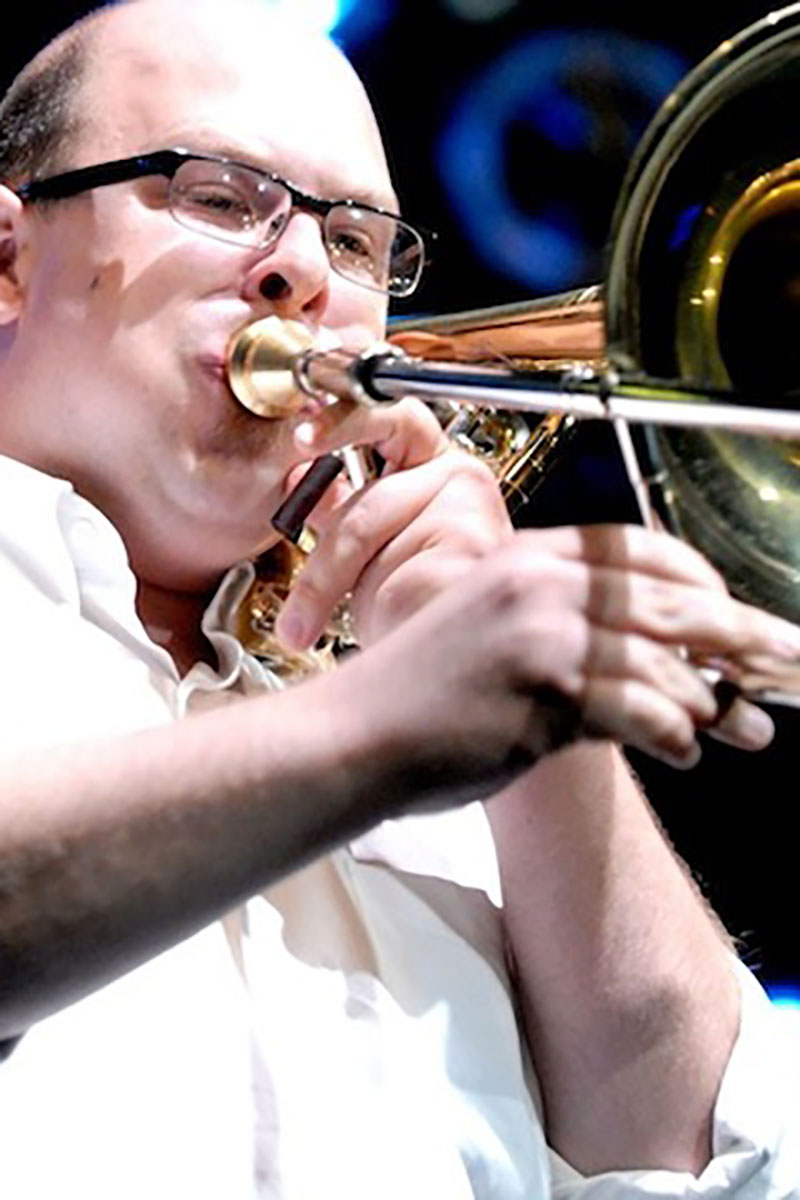 Originally from Owenton, Kentucky, bass trombonist Max Seigel has lived and worked in New York City since 2000.  Max studied with trombone professors Marc Fields, David Taylor, Douglas Purviance and John Mosca at both the University of Cincinnati College Conservatory of Music and the Manhattan School of Music where he received his Master’s degree in 2008.

Commercially, he has gained experience playing in the pit orchestras of the Broadway productions of “Cats”, “Porgy and Bess” and “West Side Story” as well as on the soundtrack recording for the motion picture “S.W.A.T.”  He has performed with the symphonic orchestras of New York City Opera, New York City Ballet and the Hartford Symphony.

As an active composer and arranger, he has had works commissioned by Slide Hampton, Kendrick Oliver and Jeremy Pelt.  Max also has a passion for new music and can be heard both live and on recordings collaborating with composers Justin Mullins, Jade Synstelien, Kyle Saulnier, Sherisse Rogers and Frank Carlberg.  Max also enjoys teaching young trombone students at Temple University in Philadelphia.