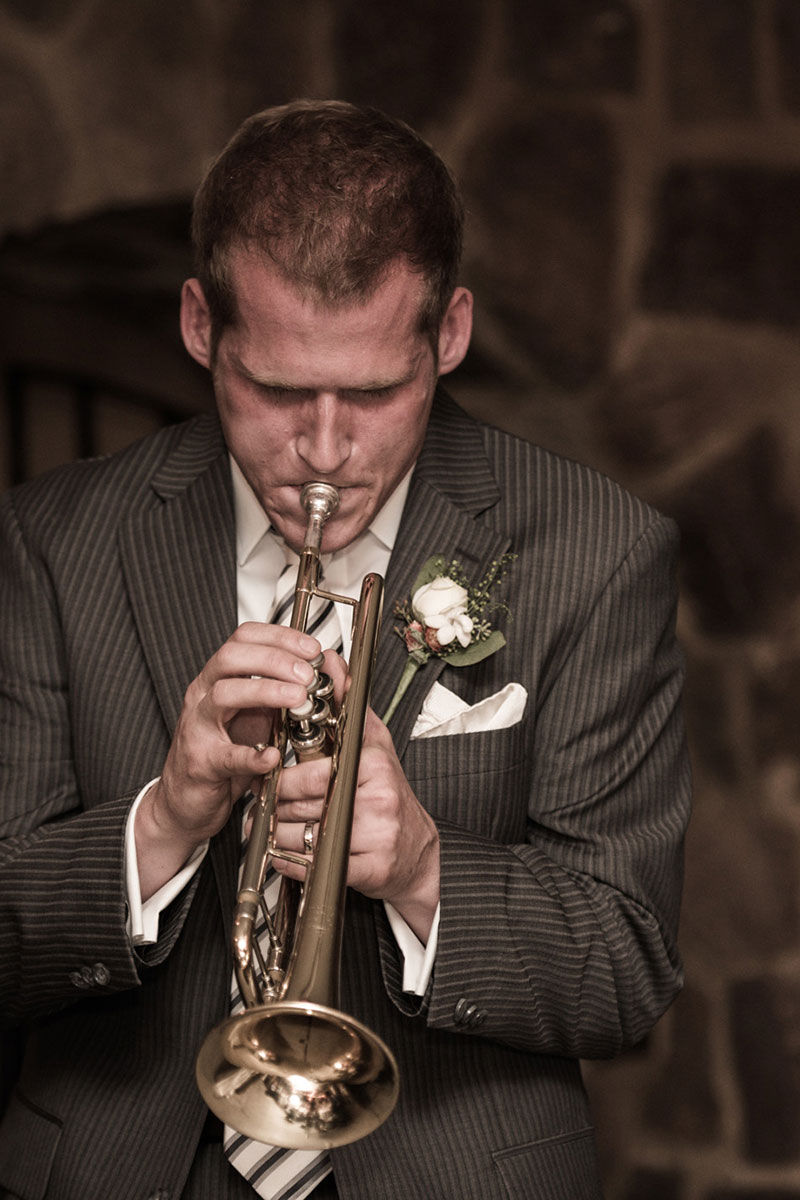 Luke Brandon is a trumpet player living in the Washington, DC area. He received a B.M. in jazz performance from Temple University in Philadelphia, PA in 2010. Since 2013, he has been a member of The Airmen of Note, a jazz big band that was started in 1950 as a successor to Major Glenn Miller’s Army Air Force Band. He has also played with the Vanguard Jazz Orchestra, and plays regularly with the Jazz Orchestra of Philadelphia, the Bohemian Caverns Jazz Orchestra, the KW Big Band, the BPJO, and various other ensembles. He was awarded first place in the jazz division at the 2010 National Trumpet Competition at George Mason University in Fairfax, VA.

During his time at Temple University, Luke played with the Temple University Jazz Band for four years under the direction of Terell Stafford. With the band, he had the opportunity to perform at Lincoln Center for the Performing Arts with guest artists Slide Hampton, Nicholas Payton, Karrin Allyson, and Houston Person, as well as the Detroit Jazz Festival with Benny Golson, The Hague Jazz Festival in Holland, the Philadelphia Constitution Center with Branford Marsalis, and The Kimmel Center for the Performing Arts with Jimmy Heath and the Vanguard Jazz Orchestra.