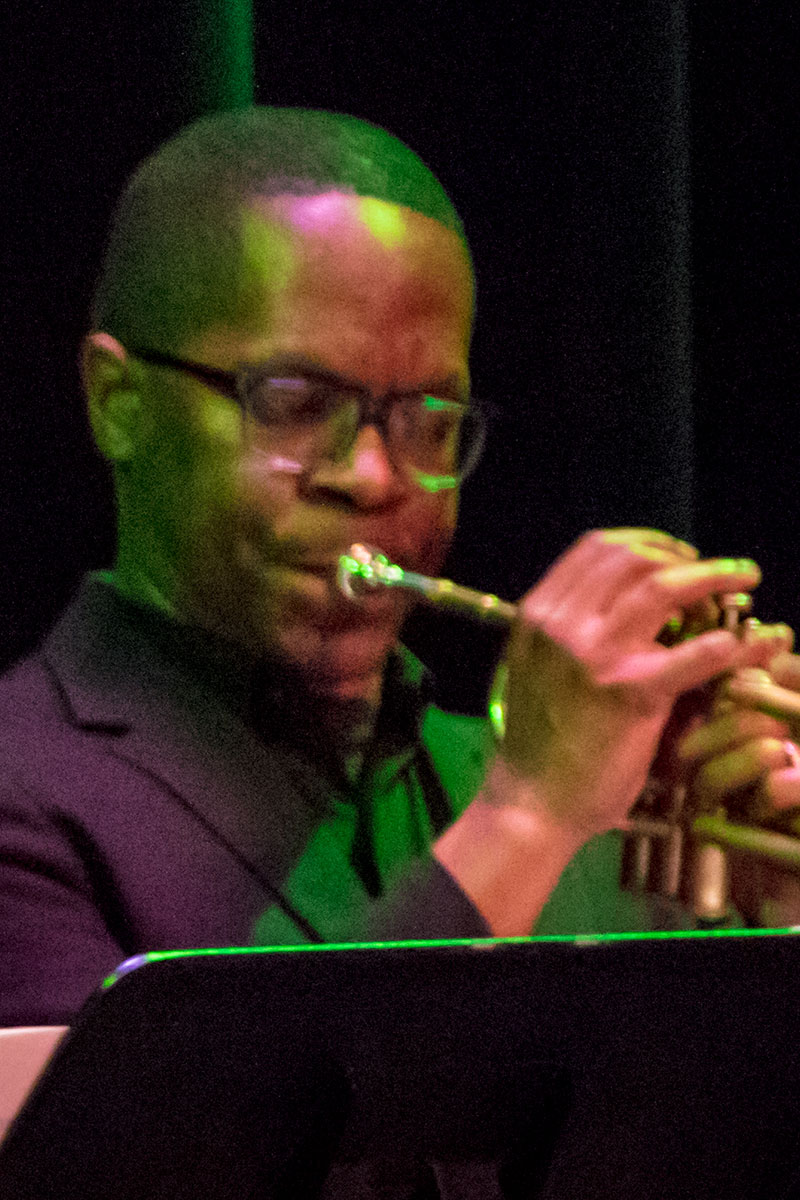 Brandon Lee was born and raised in Houston, TX in 1983. He started on piano at 5 and switched to trumpet at 9. Lee found his love for jazz at 11 and never looked back. At 16, Lee made his first connection with Wynton Marsalis through Essential Ellington. In 2001, Lee was 1 of 18 students chosen in the inaugural class of the jazz studies program at The Juilliard School. From 2009-12, Lee was on the jazz studies faculty as one of the youngest faculty to ever teach at The Juilliard School. Lee has performed with Christian McBride Big Band, Vanguard Jazz Orchestra, Birdland Big Band, David Berger Big Band, Eyal Vilner Big Band, Aaron Diehl featuring Cecile McLorin Salvant, Jazz At Lincoln Center Orchestra, and the Kenny Barron Quintet, Fat Cat Big Band and many others. In February 2018, Lee was awarded his first Grammy as a sideman on Christian McBride’s big band album, “Bringin’ It”. As a leader, Lee has recorded three albums: “From Within” (2007), “Absolute-Lee” (2010), and his latest, “Common Thread” (2017). He also co-leads a 10-piece group called the Uptown Jazz Tentet (UJT). In March 2017, UJT released its first album titled, “There It Is.” Lee moved to North Carolina from 2013-18 to pursue a college teaching position for the Miles Davis Studies program at University of North Carolina, Greensboro (UNCG). Currently, Lee resides in New York City where he is pursuing more performance opportunities and continuing to build on his musical career.